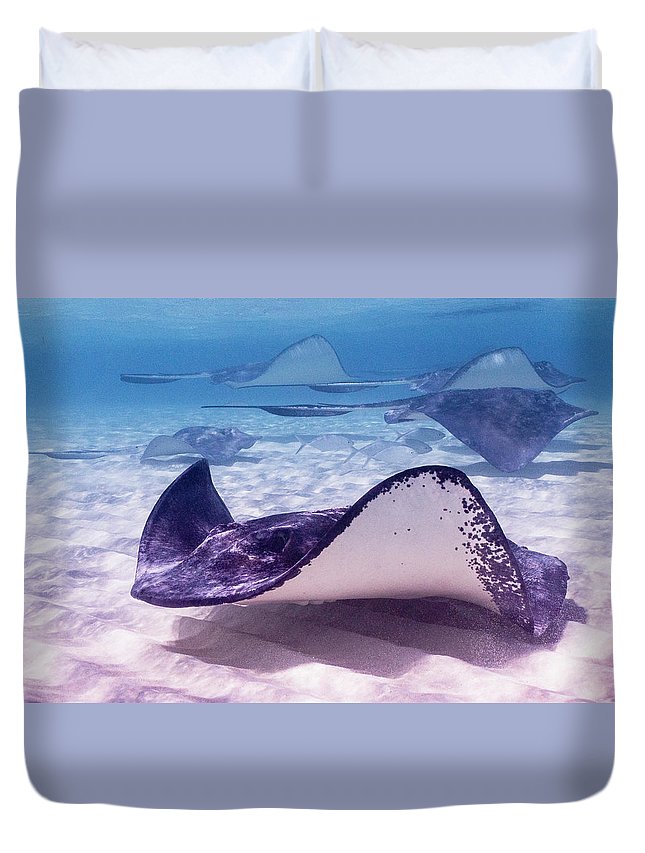 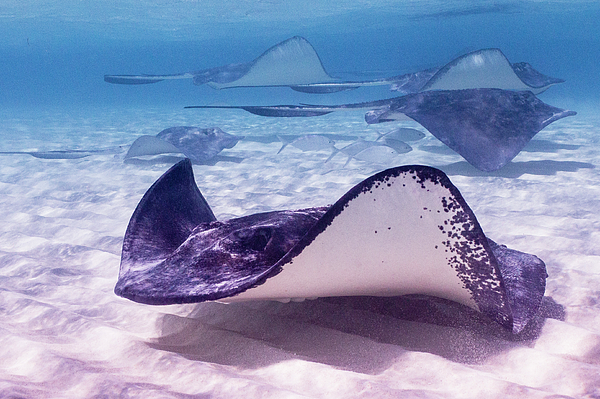 Queen duvet cover (88" x 88") featuring the image "Two-way Traffic" by Lynne Browne. Our soft microfiber duvet covers are hand sewn and include a hidden zipper for easy washing and assembly. Your selected image is printed on the top surface with a soft white surface underneath. All duvet covers are machine washable with cold water and a mild detergent.

When the tourists arrive at Sting Ray Sandbar in Grand Cayman, the southern stingrays gather in a fever (yes, the word for a group of stingrays is... more

When the tourists arrive at Sting Ray Sandbar in Grand Cayman, the southern stingrays gather in a fever (yes, the word for a group of stingrays is fever) in hopes of getting some squid. Stingrays have been hand fed at this site for decades and are used to people, so feeding them here under the supervision of trained diver masters is relatively safe, but don't try this on your own.