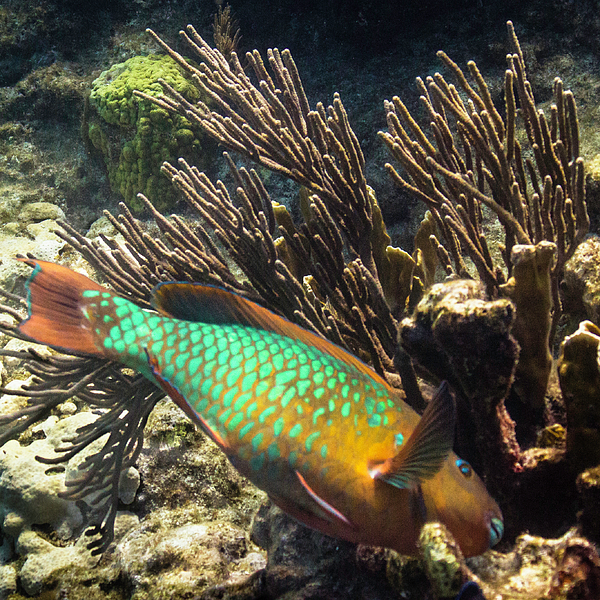 I generally don't like photos of fish swimming away from me, but this image is an exception to my rule because as the rainbow parrotfish heads into... more

I generally don't like photos of fish swimming away from me, but this image is an exception to my rule because as the rainbow parrotfish heads into the coral to feed its colorful scales are prominently displayed.